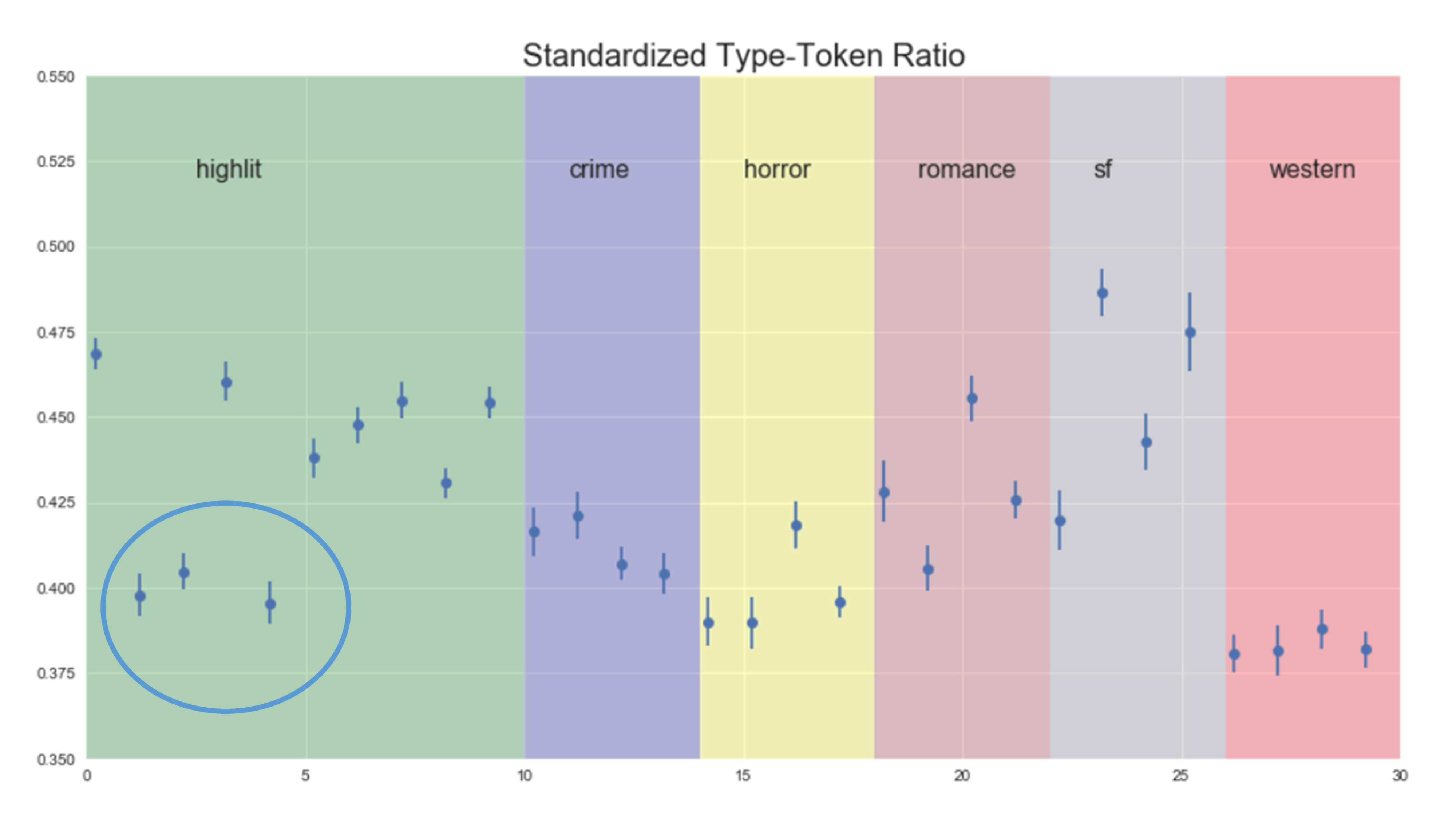 Fotis Jannidis is Professor for computational literary studies at the University of Würzburg in Germany. In the 1990s, he was mainly interested in digital editions and became coeditor of the digital edition The Young Goethe in His Time (1999) and of the critical edition of Goethe’s Faust (beta 2016ff.). He was involved in the development of TextGrid, a framework for digital editions, and is involved in DARIAH, a large European infrastructure project for the digital humanities. His recent work focuses on a corpus-based history of the German novel, creating several corpora and creating, evaluating and applying computational methods for the analysis of collections of literary texts. He also manages a B.A.-/M.A.-program for Digital Humanities. His research interests focus on data modeling and computational literary history. He is co-editor, with Hubertus Kohle and Malte Rehbein, of Digital Humanities. Eine Einführung (2017).

There is a field of popular fiction which doesn’t attract the attention of literary scholars very often: dime novels, sometimes also called pulp fiction because of the bad quality of the paper. Millions of them are printed every year but they don’t appear in any bestseller list, because they don’t belong to the usual system of literary communication. Research on dime novels perceived them quite long as part of the cheap escapist entertainment industry, targeting especially the lower classes, while in recent years the complexity of some of the series and of the communication of fans about their dime novels has been highlighted in contrast. The talk will look at 14.000 dime novels published in recent years and explore genres, topics and the complexity of the texts in an attempt to reevaluate some of these research positions.

This lecture is organized in conjunction with a COST Action event hosted by the UAntwerp. Registration for the event itself has closed, but attending the speaker’s lecture is free and open to all. Please register by sending an email to platformdh@uantwerpen.be.