Asibot is an assistive creative writing interface that uses stylometry to automatically generate new text on the basis of the user's input. Asibot's artificial intelligence algorithm was trained on the basis of over 10.000 literary works in Dutch.

The MOOC Middelnederlands aims to bring the highlights of Middle Dutch literature to a broad audience in the form of a series of open online colleges (Massive Open Online Course). Project description (and colleges) all in Dutch. 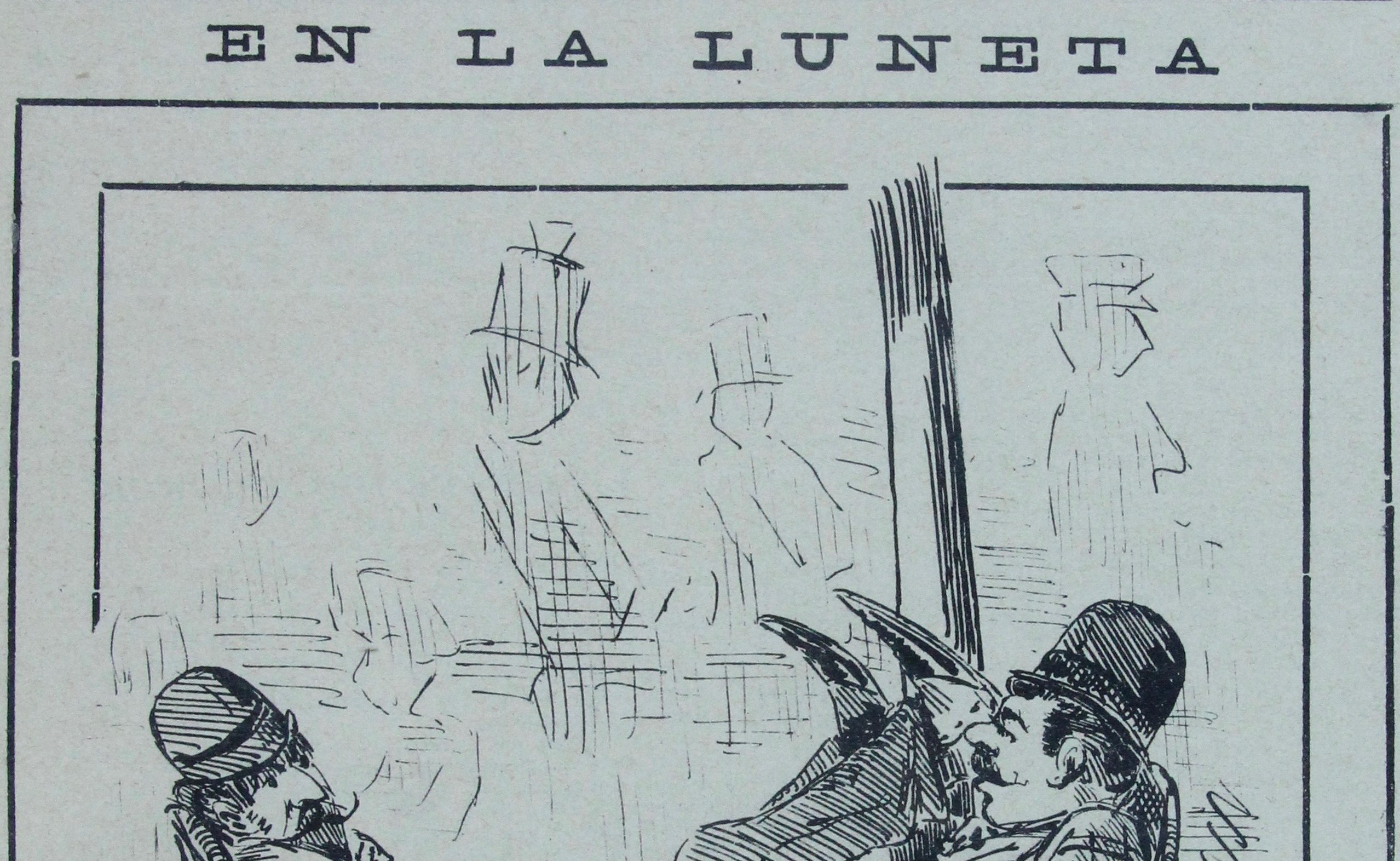 Digitization of Philippine Rare Perodicals and Training in DH

This TEAM project funded by VLIR-UOS is a collaboration between the University of Antwerp and the University of the Philippines System that combines an exchange of DH expertise and training with a specific digitization project of rare Philippine newspapers and magazines. The Universtity of Antwerp's project two promotors are Mike Kestemont and Dirk Van Hulle, and it will be implemented by Rocío Ortuño. 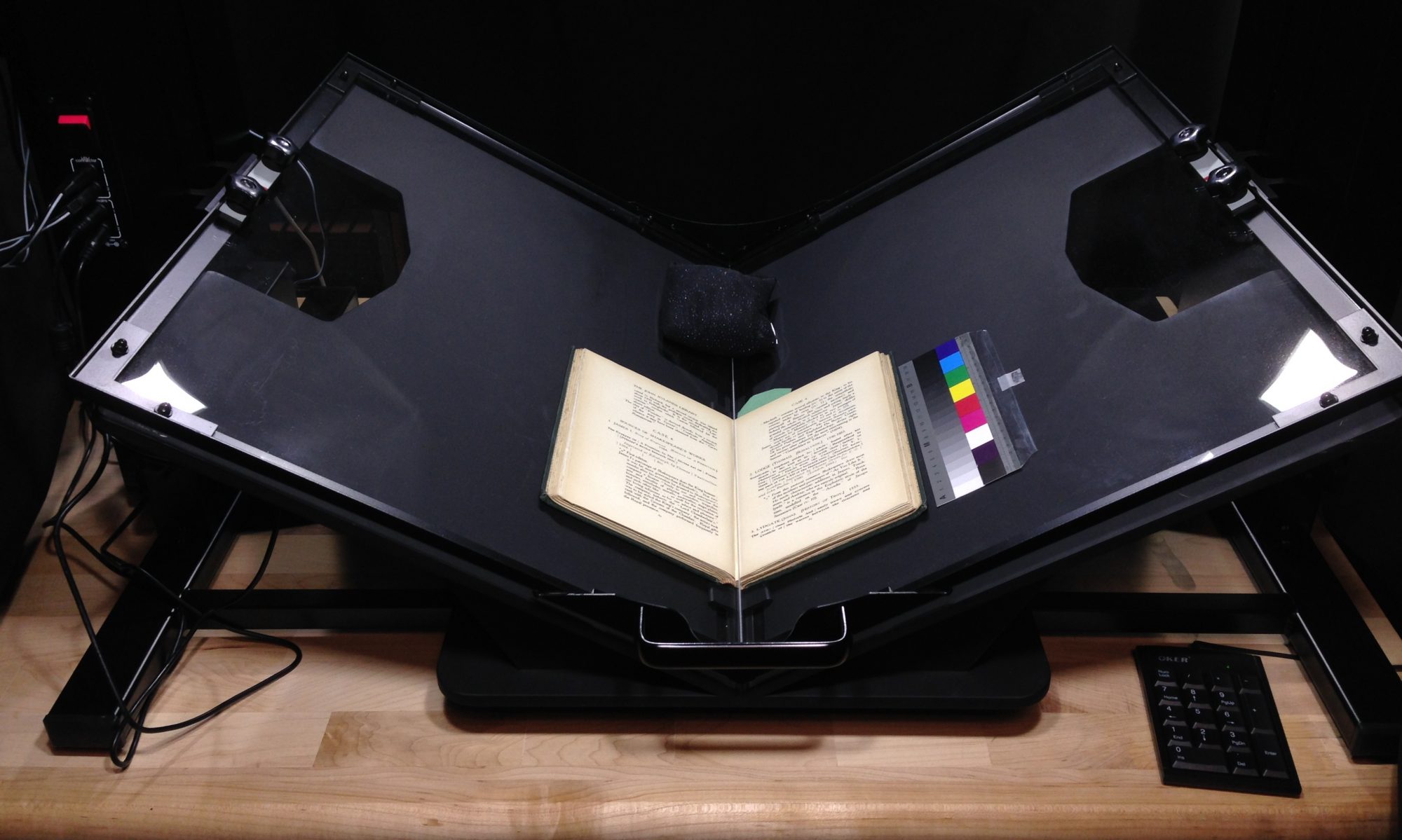 INSIGHT is a research project that targets the digital assets of two museum clusters in Brussels: Royal Museums of Fine Arts of Belgium and Royal Museums of Art and History. This project aims to deploy the recent advances in Artificial Intelligence (language technology and computer vision in particular) to support the enrichment of these collections with descriptive metadata. 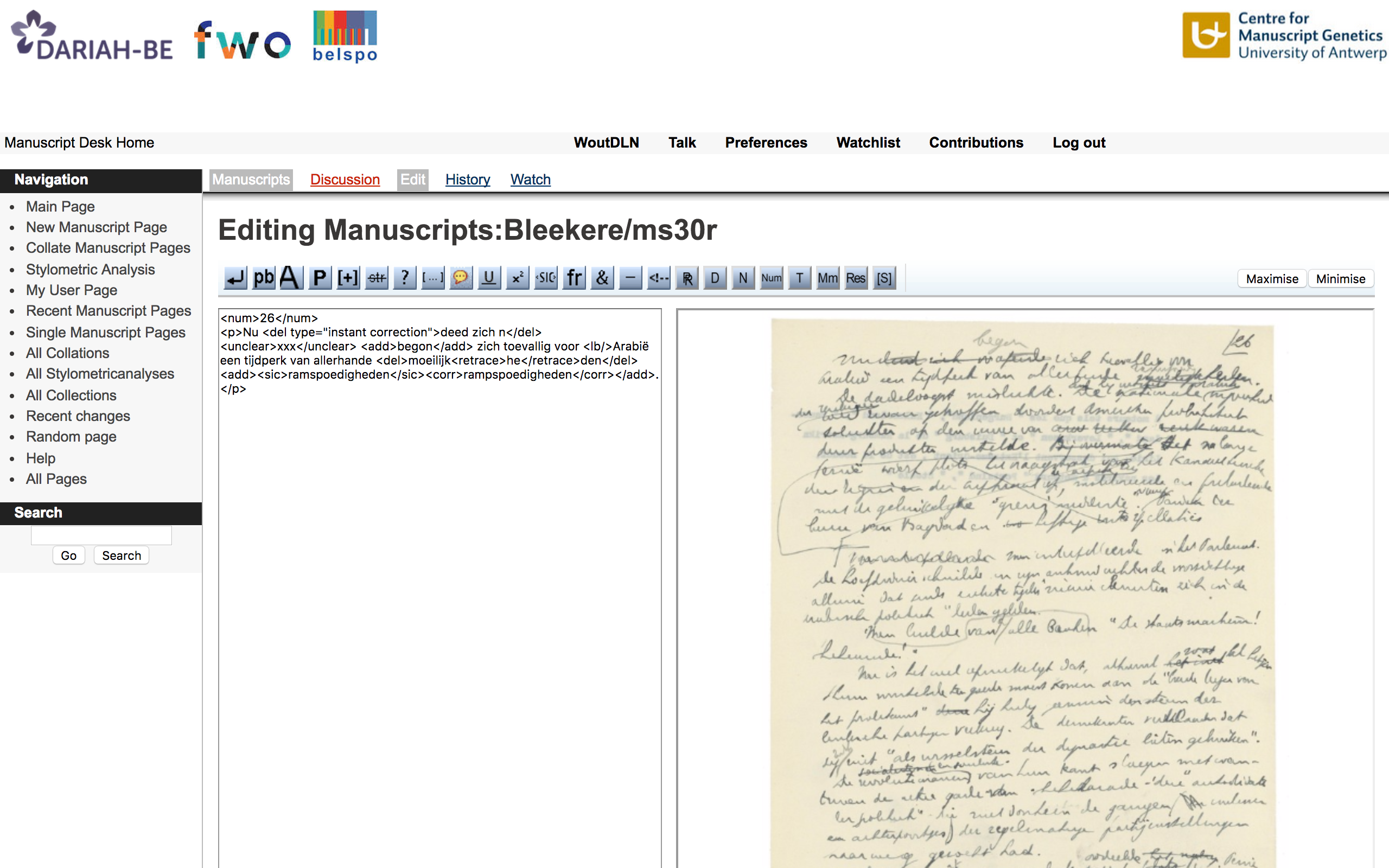 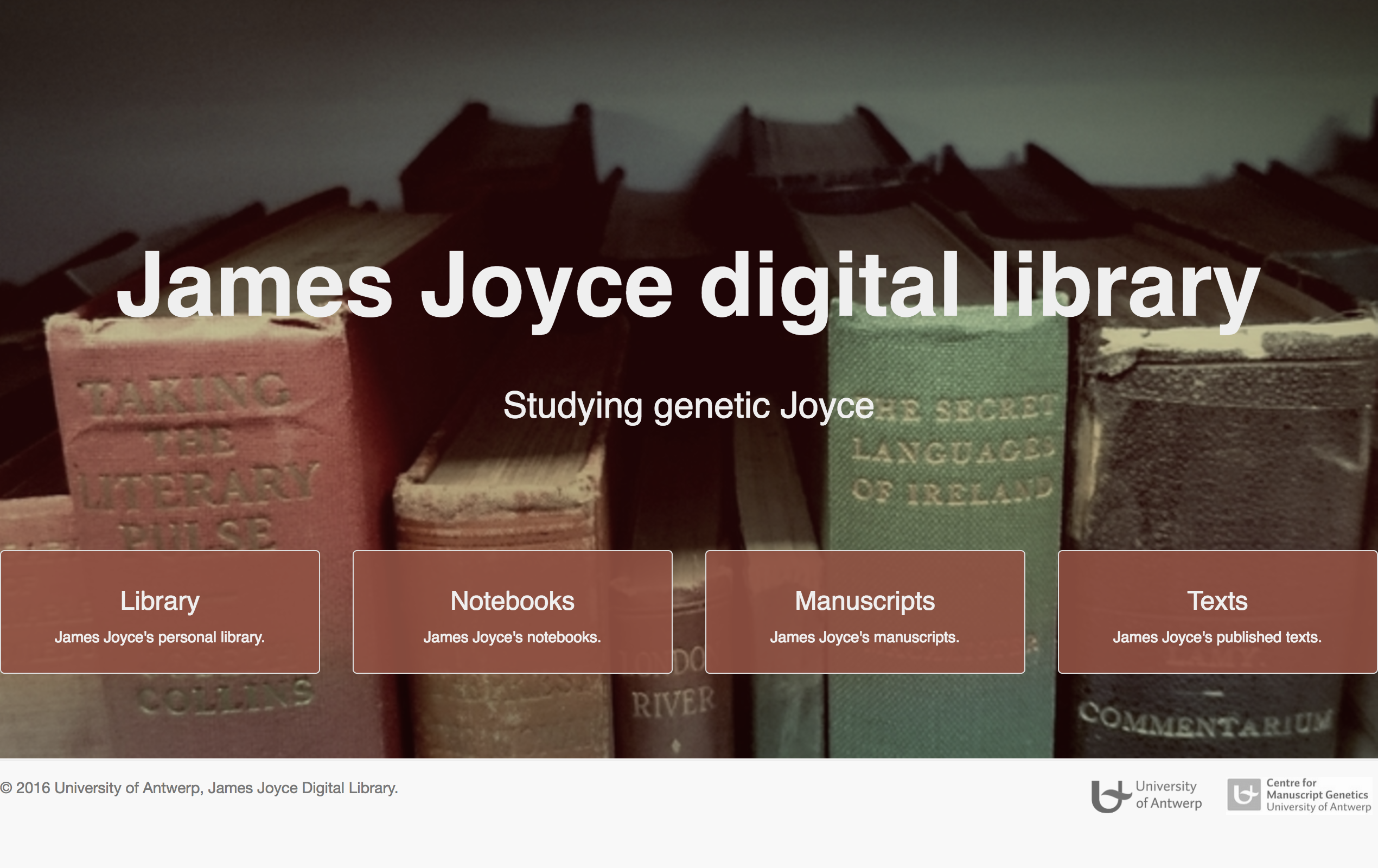 This project reconstructs James Joyce's writing process for Finnegans Wake by tracing intertextual references in the published work back to source materials in his personal library through the author's draft materials. 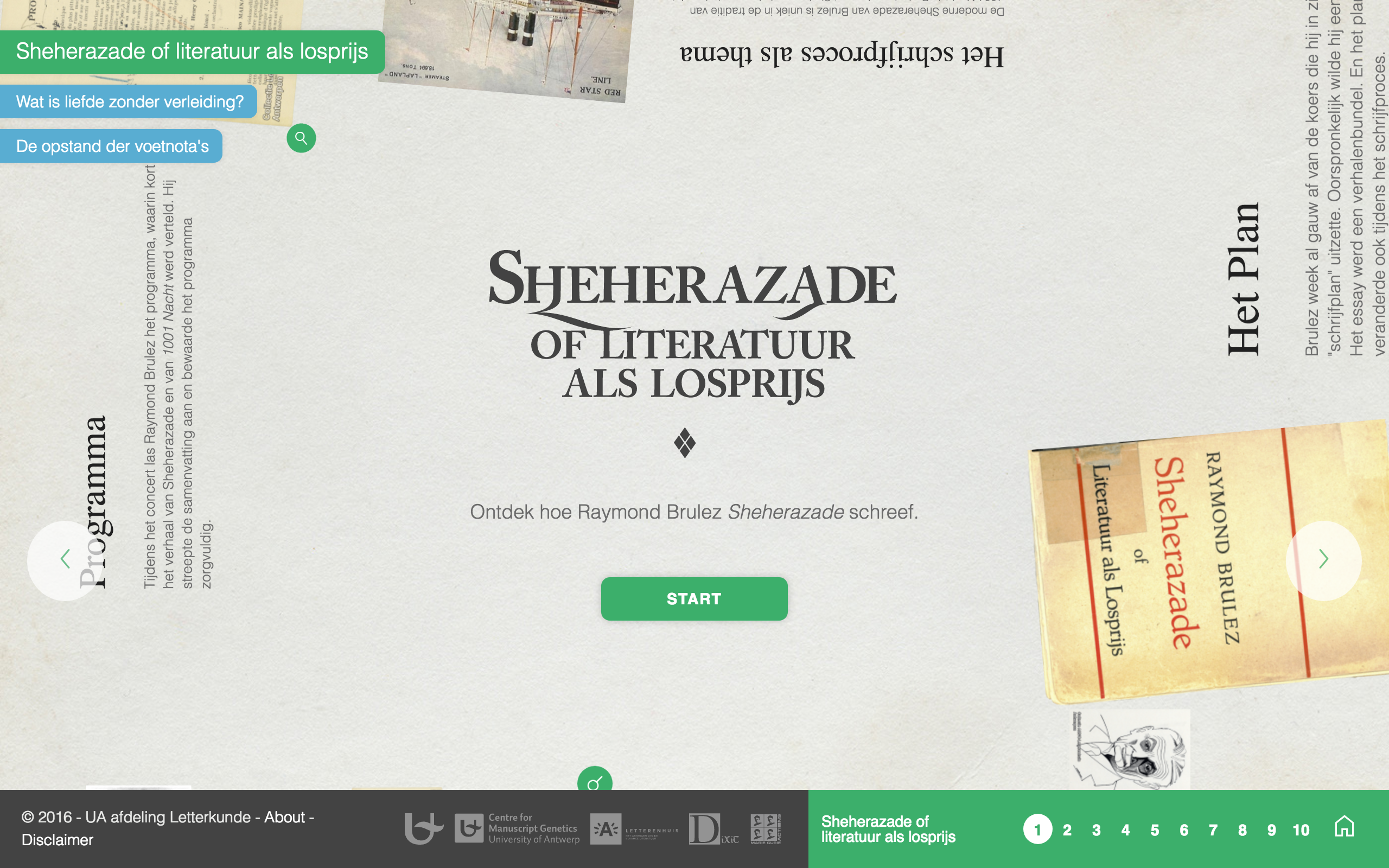 This digital exhibition has been designed to give users an insight into the writing process and manuscripts that went into the creation of the collection of stories Sheherazade by the Flemish writer Raymond Brulez (1895-1972) published in 1932. 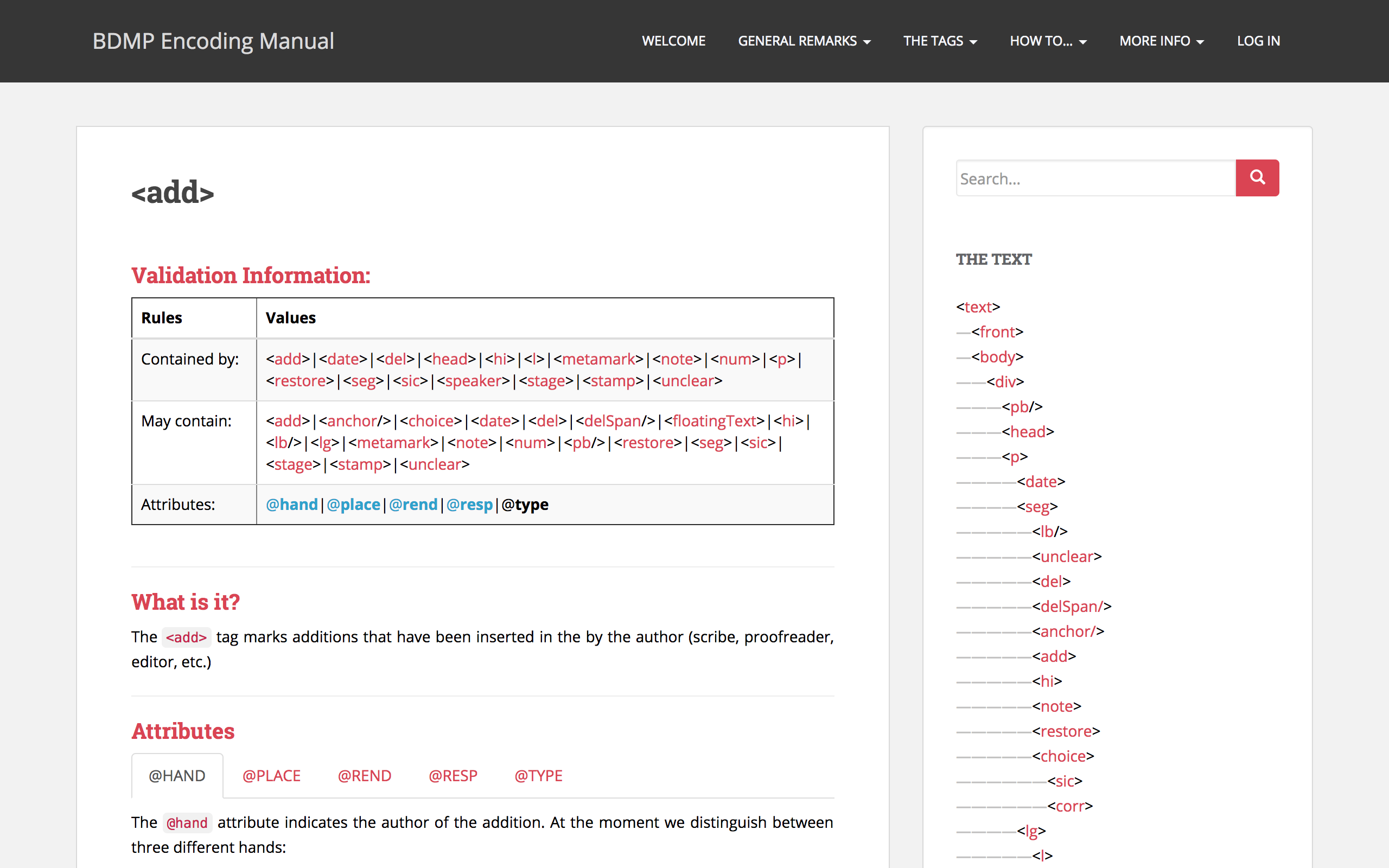 This website contains the official and most up-to-date version of the Encoding Manual used by the Beckett Digital Manuscript Project (BDMP) for encoding Samuel Beckett’s manuscripts in TEI-compliant XML. The primary purpose of this website is to serve as an encoding resource for our collaborators, but since we think this information may also be useful for other researchers working on similar materials, we wanted to open up the Encoding Manual to the general public tool. 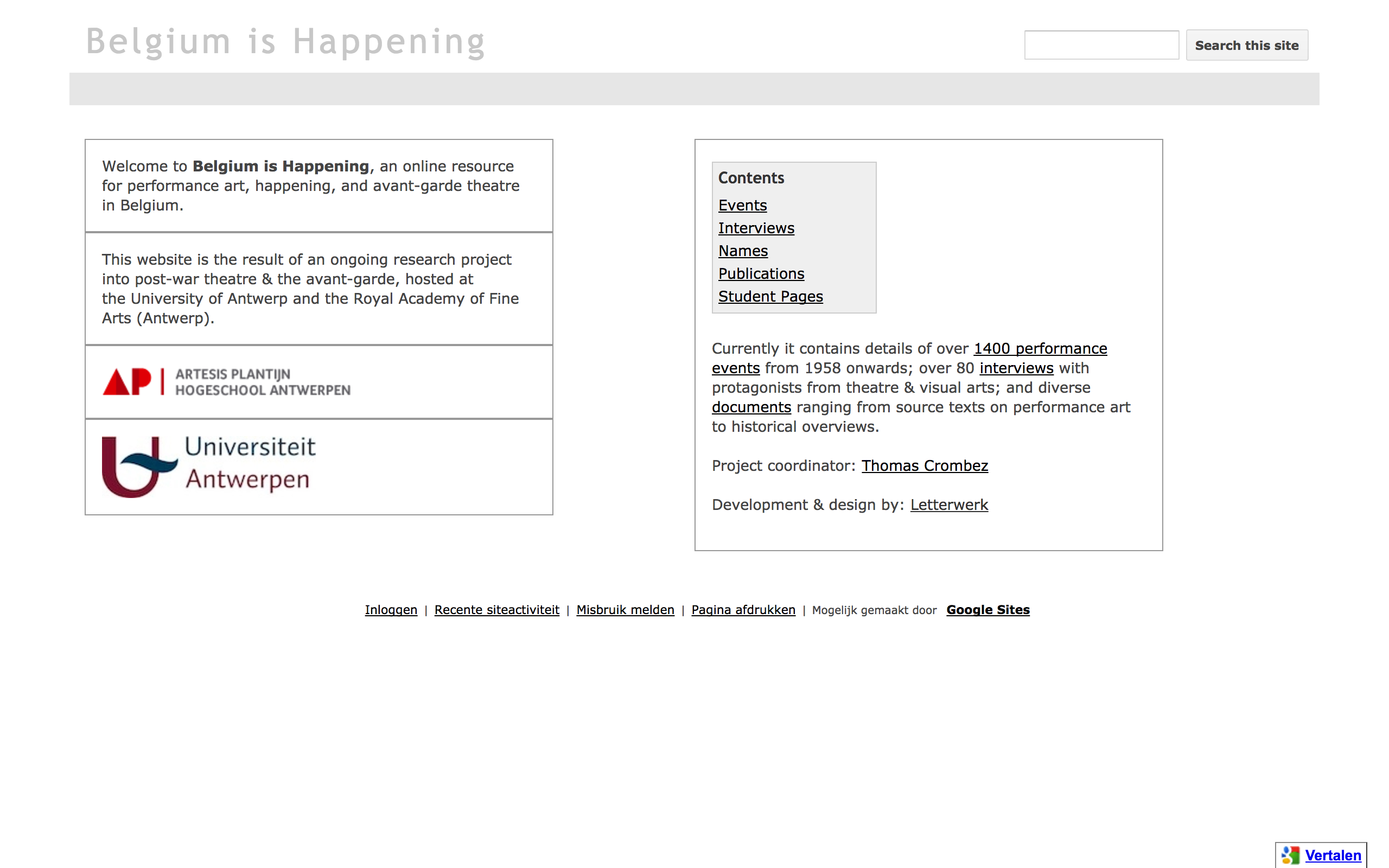 An online resource for performance art, happening, and avant-garde theatre in Belgium. 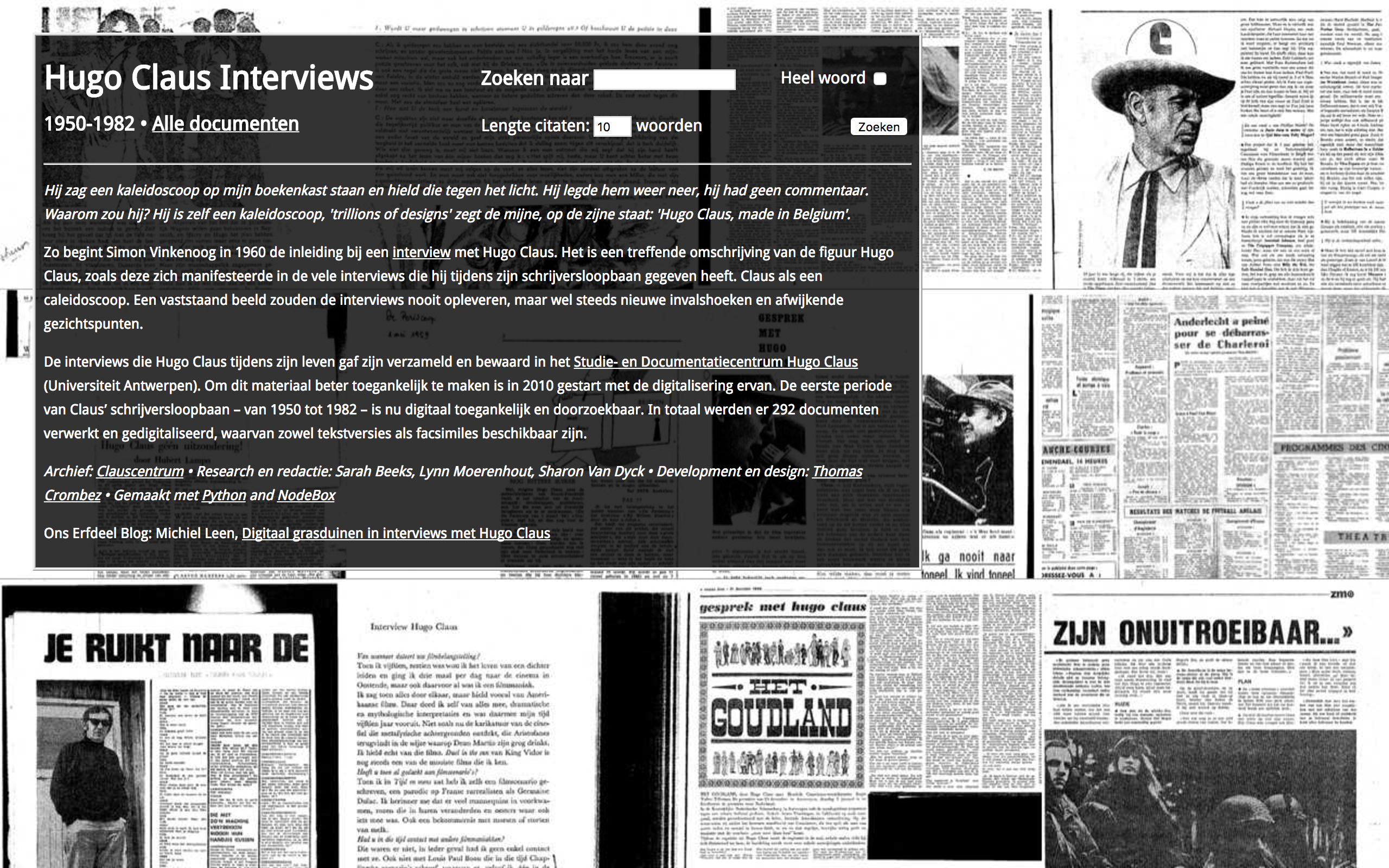 A digitised collection of interviews with Hugo Claus. 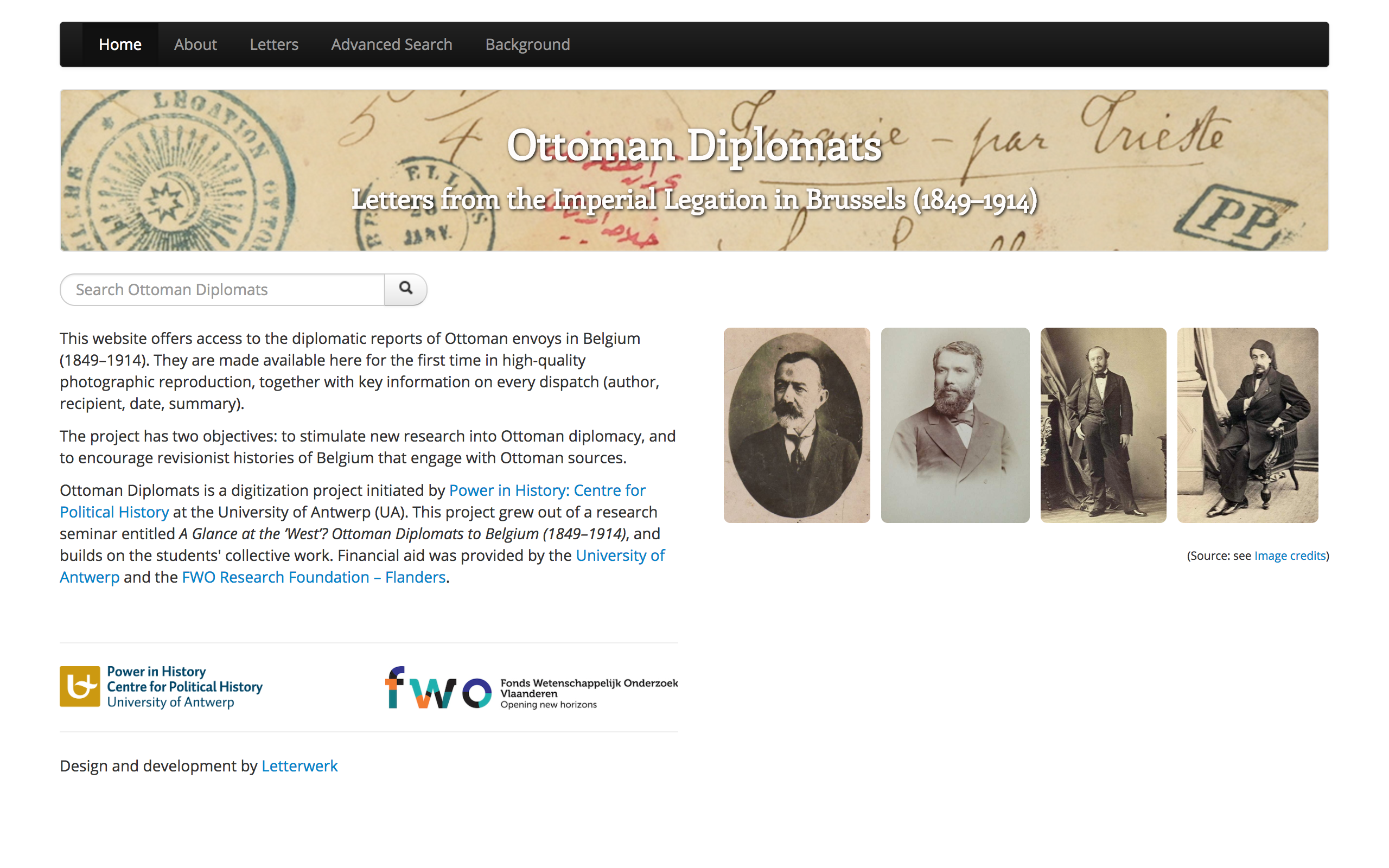 This website offers access to the diplomatic reports of Ottoman envoys in Belgium (1849–1914). They are made available here for the first time in high-quality photographic reproduction, together with key information on every dispatch (author, recipient, date, summary). The project has two objectives: to stimulate new research into Ottoman diplomacy, and to encourage revisionist histories of Belgium that engage with Ottoman sources. 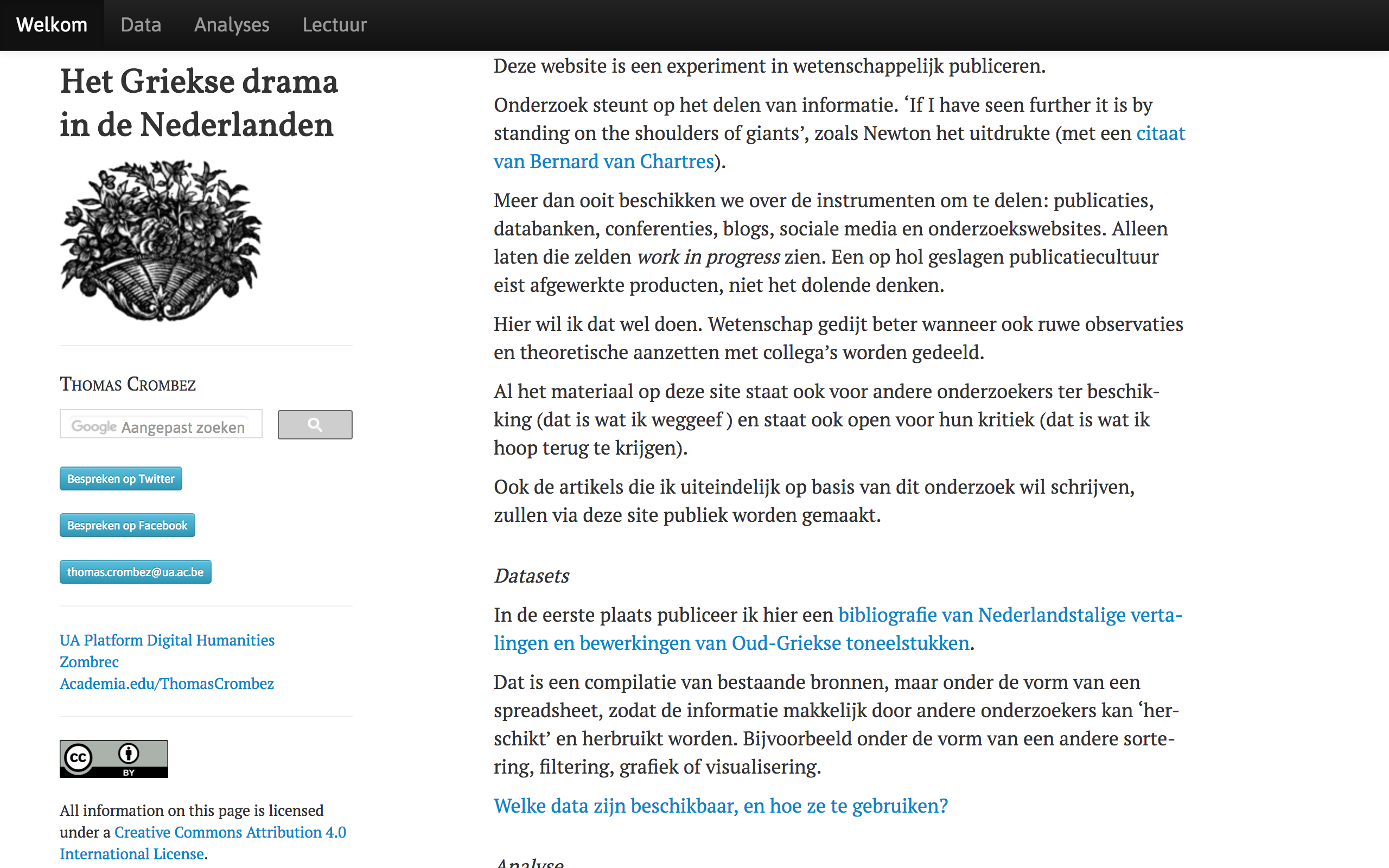 This website offers datasets that containing a bibliography of translations and adaptations of ancient Greek drama texts in Dutch, as well as a preliminary analysis of these data. 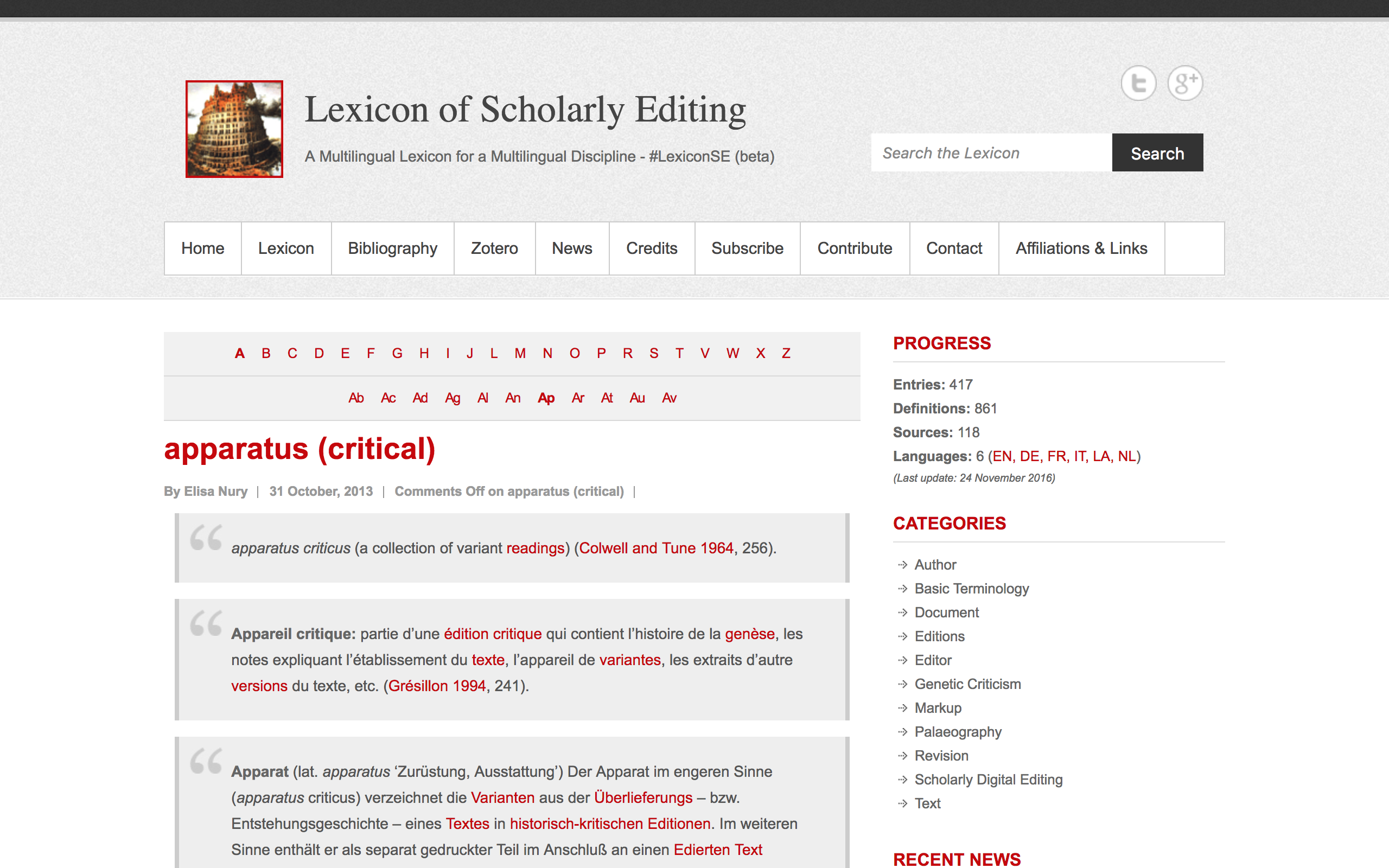 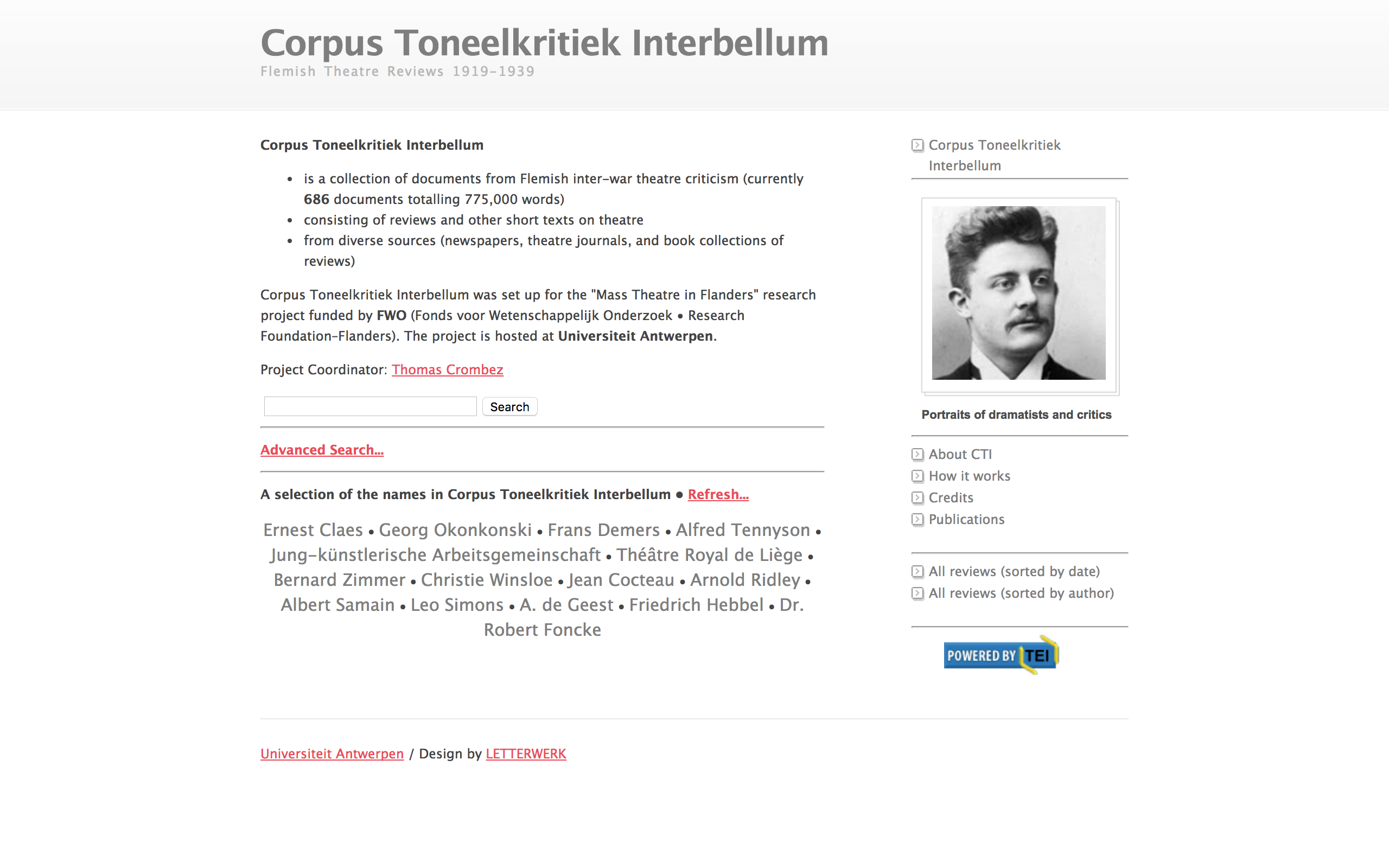 Corpus Toneelkritiek Interbellum is a collection of documents from Flemish inter-war theatre criticism consisting of reviews and other short texts on theatre from diverse sources (newspapers, theatre journals, and book collections of reviews). 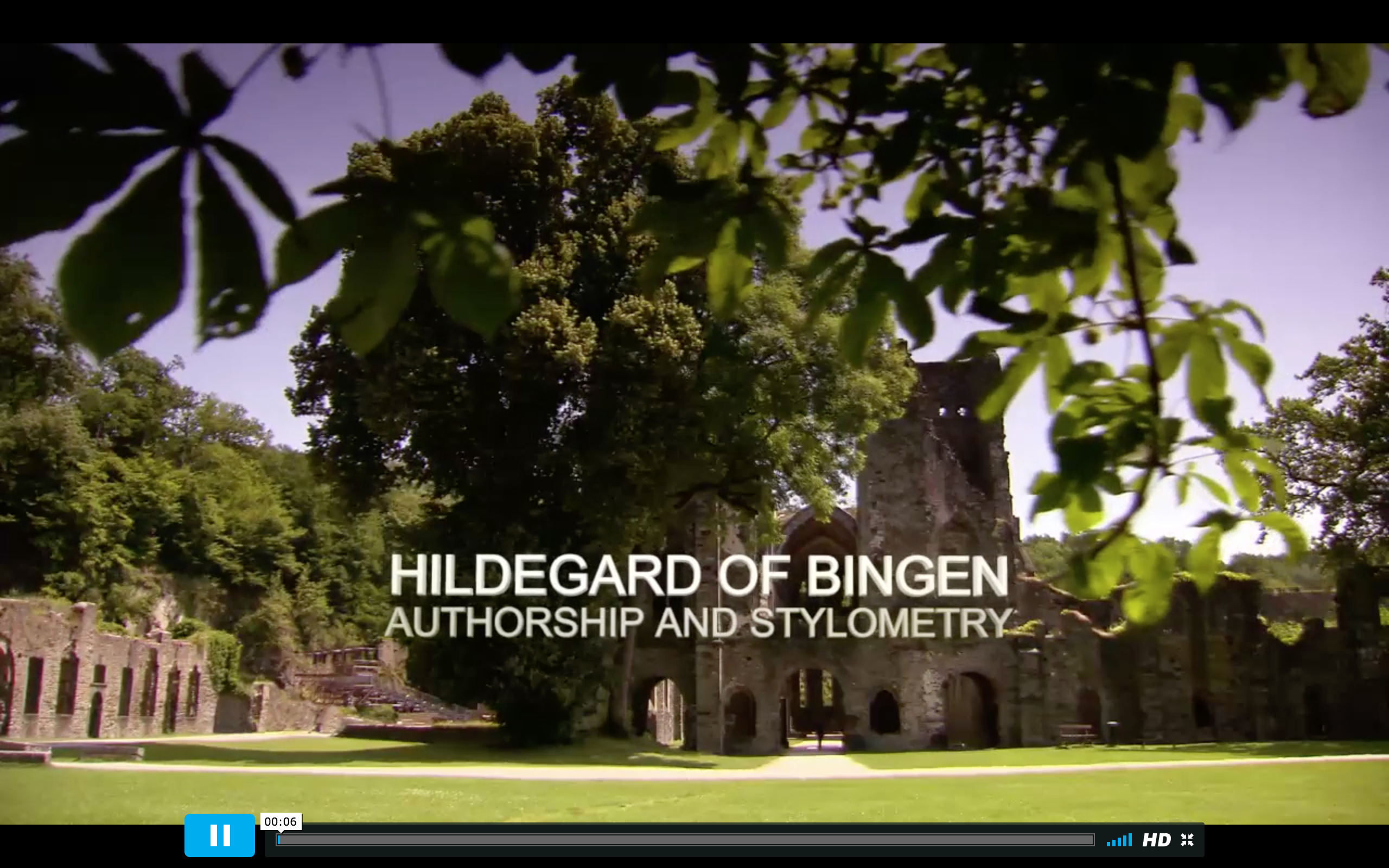 Hildegard of Bingen: Authorship and Stylometry

A documentary based on the scientific article: Kestemont, M.; Moens, S. & Deploige, J. (2015) 'Collaborative Authorship in the Twelfth Century. A Stylometric Study of Hildegard of Bingen and Guibert of Gembloux'. Digital Scholarship in the Humanities 30.2: 199-224. https://doi.org/10.1093/llc/fqt063 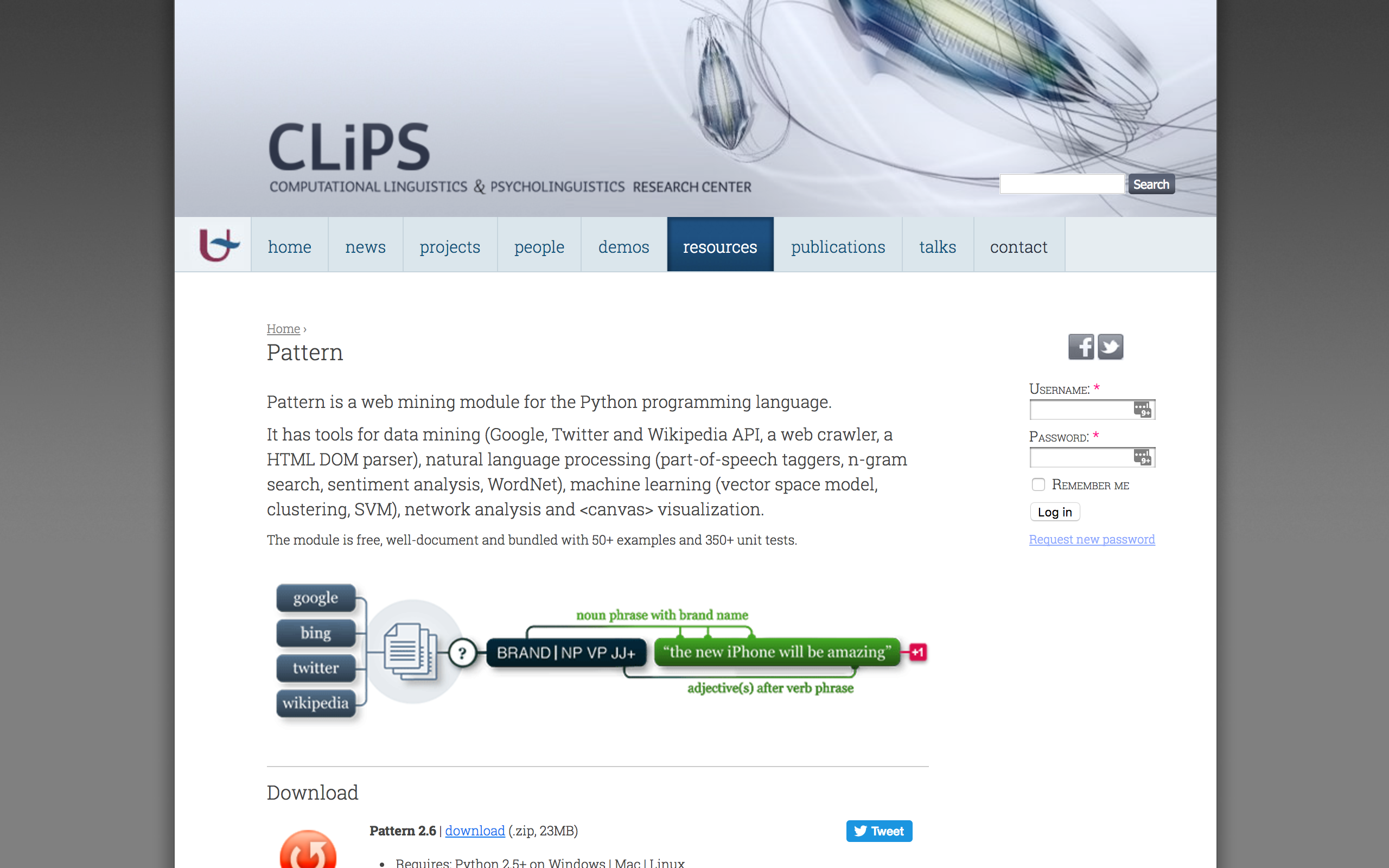 The major goal of GIStorical Antwerp is to build a micro-level data tool for historical Antwerp, but transferable to other cases as well, constructing a series of vector maps, linked to a variety of historical geo-data. Thanks to a unique combination of a critical mass of already existing databases and a clear focus on households as major agents of social behavior, we believe this cutting-edge tool will result in a truly innovative “integrated social history” of the city. A digitised archive of printed issues of etcetera – a magazine for the performing arts in Dutch. 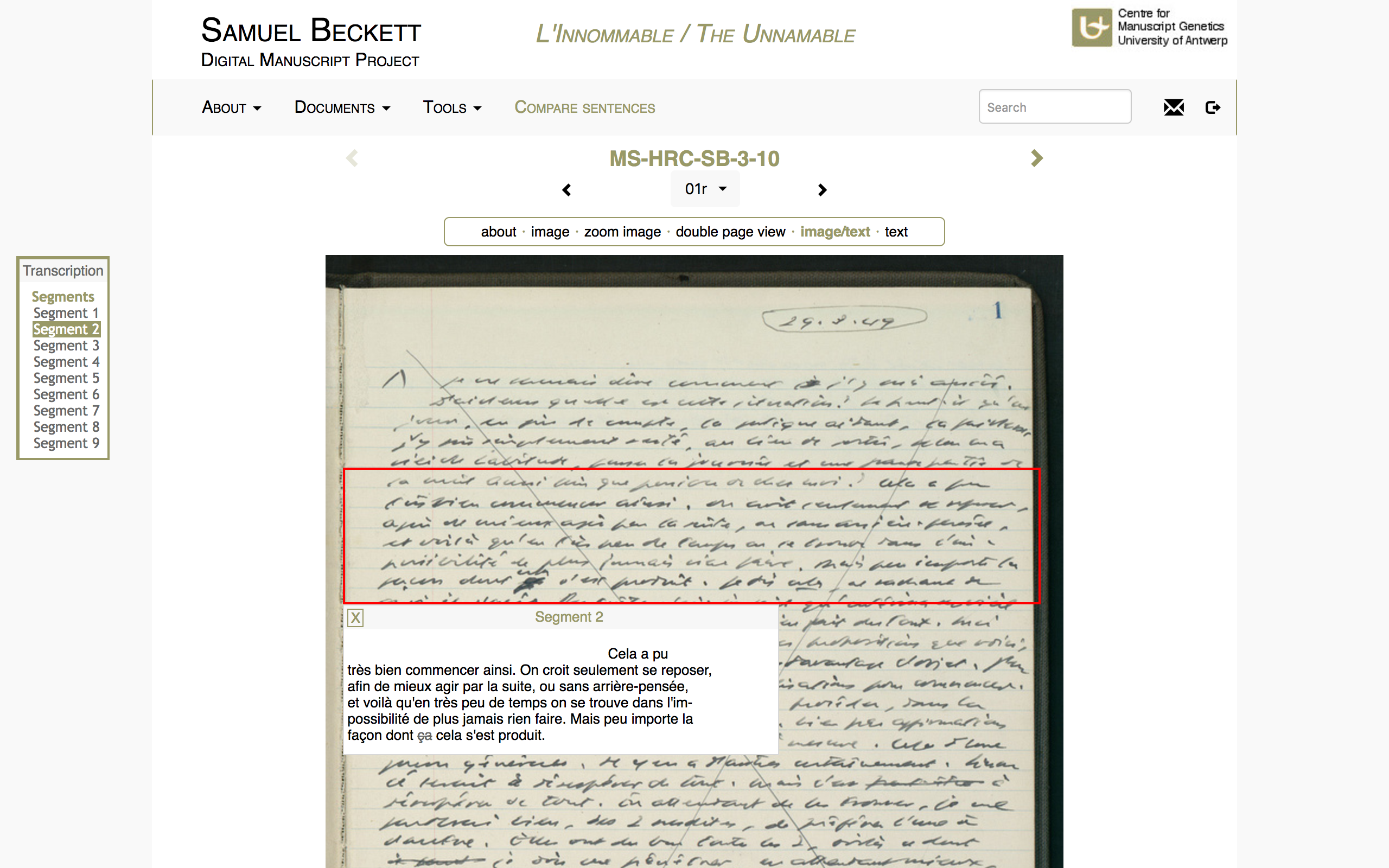 The purpose of the Beckett Digital Manuscript Project is to reunite the manuscripts of Samuel Beckett's works in a digital way, and to facilitate genetic research: the project brings together digital facsimiles of documents that are now preserved in different holding libraries, and adds transcriptions of Beckett's manuscripts, tools for bilingual and genetic version comparison, a search engine, and an analysis of the textual genesis of his works. 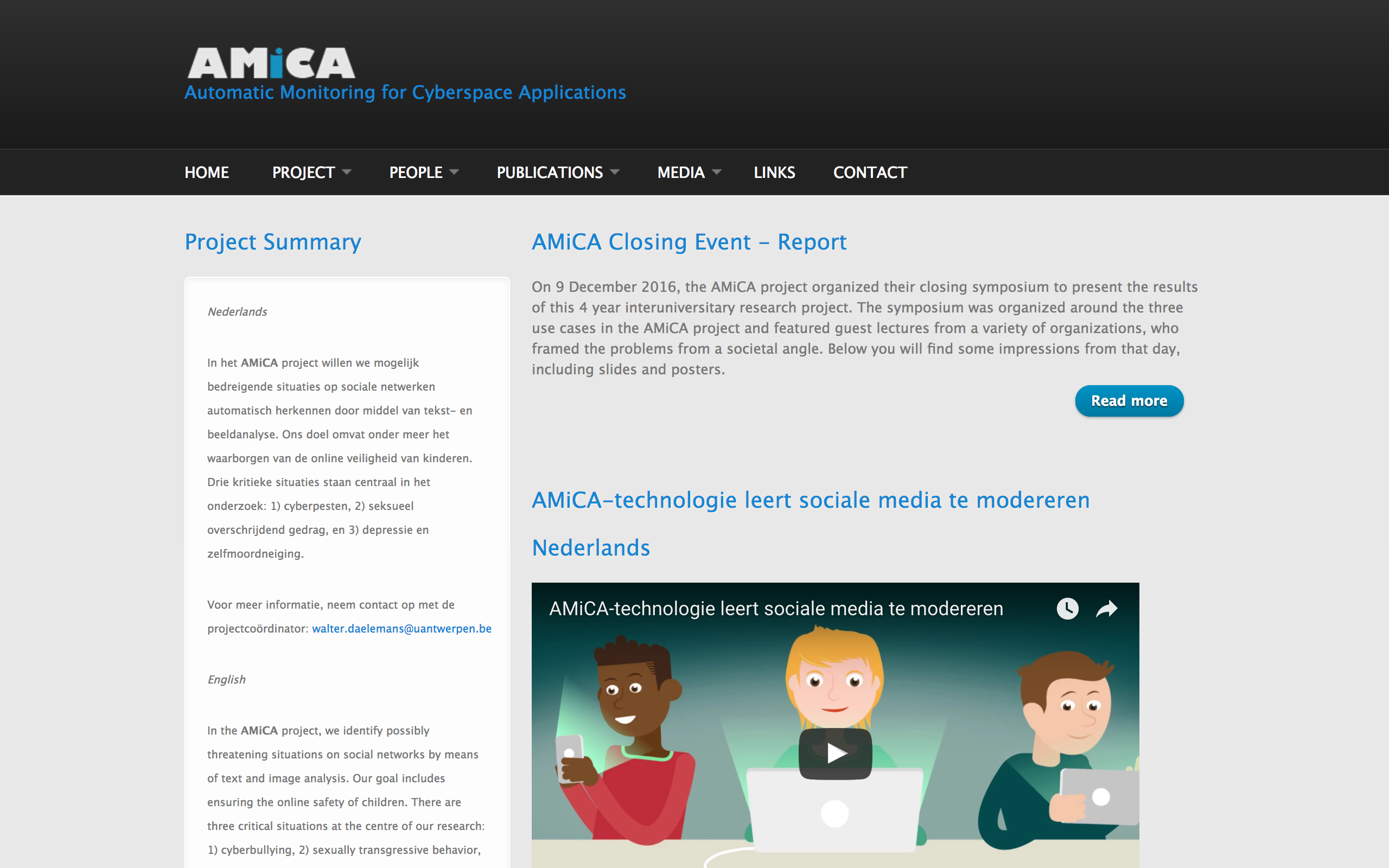 In the AMiCA project, we identify possibly threatening situations on social networks by means of text and image analysis. Our goal includes ensuring the online safety of children. There are three critical situations at the centre of our research: 1) cyberbullying, 2) sexually transgressive behavior, and 3) depression and suicidal behavior.