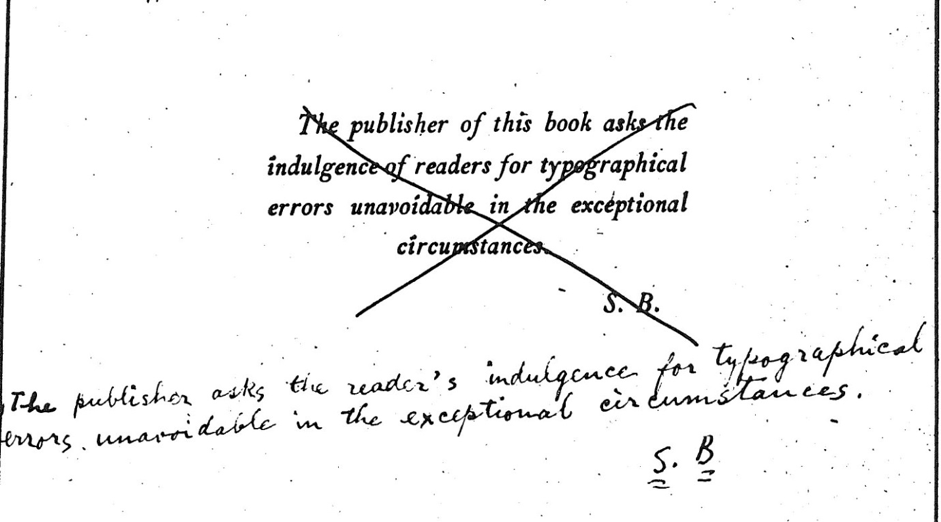 Hans Walter Gabler is Professor (retired) of English Literature and Editorial Scholarship at the Ludwig Maximilians University of Munich, Germany, and, since 2007, a Senior Research Fellow of the Institute of English Studies, School of Advanced Study, London University. He undertook, as editor-in-chief, the Critical and Synoptic Edition of James Joyce’s Ulysses (1984), and the critical editions of Joyce’s A Portrait of the Artist as a Young Manand Dubliners (both 1993). In Munich from 1996 to 2002, he directed an interdisciplinary graduate programme on “Textual Criticism as Foundation and Method of the Historical Disciplines.” Through his research on writing processes he seeks to advance theory and practice of the digital scholarly edition in a Digital Humanities environment. His recent collection, Text Genetics in Literary Modernism and Other Essays, may be traced and sampled via https://www.openbookpublishers.com/product.php/629?629.

“James Joyce’s Ulysses into the Digital Age: Forty Years of Steering an Edition through Turbulences of Scholarship and Reception”

In the mid-1970s, I began to become aware of the challenges ahead for whoever might muster the courage to edit James Joyce’s Ulysses. At the same time, I heard of expectations that the future for scholarly editing might lie in computer support.

Here was a peak in World Literature of the 20th century for which notes, drafts, a fair copy, typescripts, serial publications, and multiple proofs of the first edition had been preserved; and for which the first edition published in 1922 carried a note of apology: “The publisher asks the reader’s indulgence for typographical errors unavoidable in the exceptional circumstances.” Closer scrutiny laid bare a wide field of departures in the first edition from the text progressively written by Joyce. From all extant evidence, it was possible to declare a double aim for a scholarly edition: one, to critically establish a reading text verified against the full range of document evidence, and two, to display the growth of the text through all its variation and accretion from fair copy to first edition. Work over seven years with a team of dedicated collaborators produced the three-volume Critical and Synoptic Edition published in 1984. It was received with enthusiasm, yet soon also severely attacked. Meanwhile, its reading text has become the standard Ulysses reference text. Its display of the growth of the text, by contrast, is still to be searched in-depth for its critical potential. The medium to explore that potential is the digital medium. Today’s updating of our digital archive of the 1984 edition is enabling a generation renewal of the Critical and Synoptic Edition of 1984 in book form into a dynamic online Digital Critical and Synoptic Edition in-the-making for James Joyce’s Ulysses.

This lecture is organized in conjunction with the 26th International James Joyce Symposium, titled “The Art of James Joyce.” Attending the speaker’s keynote lecture is free and open to all, but registration is required. Please register by sending an email to platformdh@uantwerpen.be.